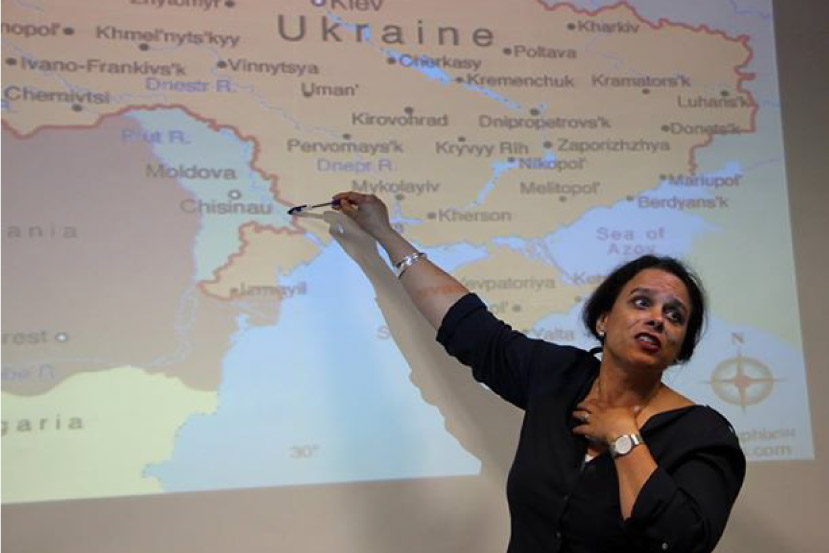 Events in Ukraine since January 2014 have exposed weaknesses in Europe’s security arrangements as it has become clear that Europe has no single locus for crisis management. Instead, a range of actors is involved and there is very little evidence of coordinated, effective action. For many EU member states individual relations with Russia are so enmeshed that the EU has struggled to come to any consensus on the question of collective sanctions. NATO has come out scarcely better, although in the longer term Ukraine’s crisis may turn out to be NATO’s saviour. The EU and NATO look as far apart from Russia as they have ever been in the post-Cold War period as faultlines between East and West have been uncovered (again). The weaknesses exposed and questions raised do not pertain to Europe alone though. The limits of international law have been revealed, symbolised by the turning away of OSCE monitors at Crimea’s borders and the ignominious retreat of the UN Special Envoy from Crimea in March 2014.

What then does the crisis tell us about the international system and about the ‘international community’ so often talked about but so rarely defined? As Ukraine has been forced to consider the relative attractions of deeper association with the EU or Russia and its support for Eurasian Union, it is clear we must consider the role of structures and question more deeply whether integration into regional or global structures is a matter of choice or a matter of necessity. Agency also has to be considered. As Russia and the EU continue to blame each other, what has been Ukraine’s agency throughout? Is Ukraine a mere pawn in the affairs of bigger neighbours or has it played its own hand in its own tragedy? What does this mean for our theoretical lenses? Does Ukraine bear witness to the explanatory power of Realism and the limits of Social Constructivism? And how does Identity factor in? What significance do Russia’s lack of a distinct national identity, the EU’s ‘fuzziness’ over what it is and Ukraine’s conflicted identity have in understanding developments to date?

As these and other questions are debated, Dr David will end by asking whose crisis this really is and therefore what must be done to resolve it.