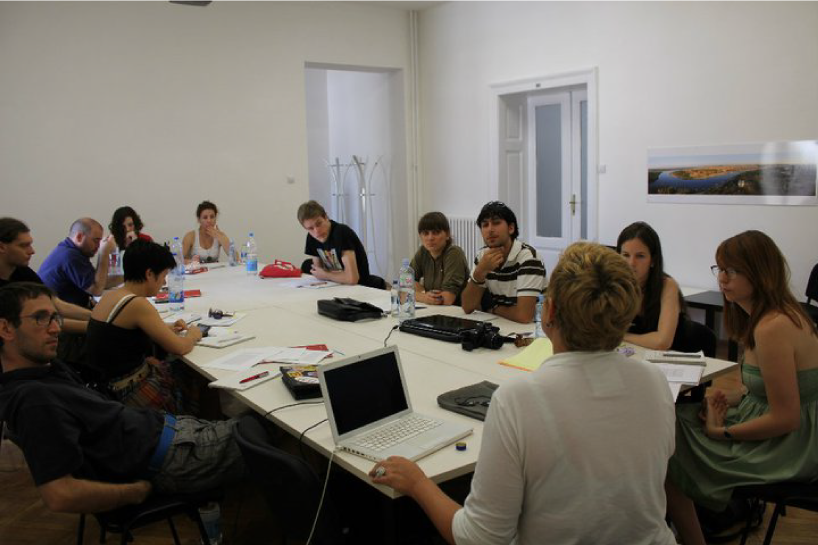 Dr. Marie Breen-Smyth
Course Description:
This course provides a detailed account of the Northern Ireland conflict and eight attempts at achieving peace dating from the 1970s to the signing of the Good Friday Agreement in 1998. No previous knowledge of Northern Ireland is required, and participants will be briefed on the key events, political parties, armed actors, together with an analysis of the impact of the conflict. The course will be entirely geared to a consideration of the lessons to be drawn from the Northern Ireland experience and their relevance or lack of relevance to conflicts and peace processes in other regions. The importance of post-conflict reform, truth recovery and the management of weapons and spoilers will provide points of comparison. There will also be opportunities for participants to shape aspects of the course according to their own specific interests or preoccupations.
Course Structure:

Dilemmas of National Minorities:
The Case of the Palestinian Citizens of Israel

Dr. Abigeil Jacobson
Course Description:
This course focuses on the Palestinian-Arab minority in Israel, and explores their status and location in Israel, as well as the main dilemmas and challenges they are facing regarding the complex and charged relations with the Jewish majority and the Jewish state. While the focus of the course is on the Palestinian citizens of Israel, it also offers some parallels and comparisons to other minority groups in deeply divided societies.
The course is divided into four parts. The first part will offer a historical introduction to the Israeli-Palestinian conflict in general, and to the history of the Palestinians within the State of Israel in particular. Throughout this part we will also explore the major turning points that affected the status of the Palestinians as a minority group in Israel. The second part will focus on social and political orientations and changes among the Palestinians in Israel, as well as their legal status. The third part is devoted to a discussion on specific issues regarding the relations between Jews and Arabs in the State of Israel. This part will focus mainly on the inherent tension between Israel's definition as a Jewish state and the position of its Palestinian citizens in it, and on its implication on the relations between Jews and Arabs in the country. In this part we will explore the implications of this tension on various issues such as land and resources. In the last part we will draw some parallels and comparisons to other conflict regions and deeply divided societies.
Course Structure:
Part One: Historical background:
Part Two: Socio-political changes and realities
Part Three: Dilemmas and challenges of the Palestinians in Israel
Part Four: Comparative Analysis

After the Violence:
The Break Up of Yugoslavia and its Consequences

This course explores the interplay between nationalism, masculinity, culture and politics in twentieth century Yugoslavia. Special attention is paid to the case of Serbia; however, that case is always looked at from a comparative point of view. The course is divided into four parts: In Part One we will examine the history and culture of Yugoslavia, from World War I and creation of the country, through World War II and Tito's Second Yugoslavia, to the historical and economic conditions that led to the breakup of former Yugoslavia. In Part Two we will focus on the wars that accompanied (or led to) the break up of Yugoslavia. In addition to looking at those wars from a macro perspective (thus, studying the war events, the establishment of dictatorial regimes and their ideologies), we will also focus on a micro perspective (examining the ways in which wars affect and are affected by choices that ordinary people make in their everyday life). We will learn about the victims of wars, and about perpetrators, their behaviors and motivations. Finally, in Part Three we will examine the consequences of the breakup, memories and identities after the conflict, and the ways in which Dayton agreement and ICTY influence the reconciliation efforts in the region.

We will study these issues by integrating sociological, anthropological, economic, political and historical material with literary works and visual materials (feature and documentary films). The course will be comparative both from a disciplinary perspective (combining sociology, anthropology, economics, political science with literary approaches and the study of culture, but also in a thematic sense (combining Yugoslavia, Rwanda, Darfur, Israel/Paliestine, and Armenian genocide).

Themes of the course: 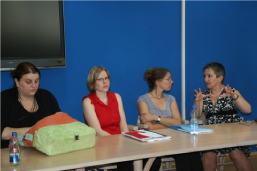 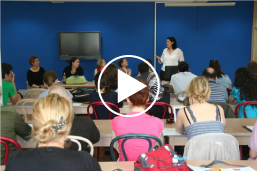 WHAT OUR STUDENTS SAY ABOUT THE 2010 SUMMER SCHOOL?

Before attending the CFCCS summer school, I had not anticipated the level of debate or difference of opinion among the international students in the program. In the end, this was one of the most valuable aspects of my experience at the Summer School.Colby Silver (Marlboro College, USA)
The most meaningful thing for me was to meet people from around the globe who share the same issue: the issue of conflicts that seems to be a trend, a trend that is sadly in human nature itself.Nikola Stojanovic (FMK, Serbia)
The Summer School in Comparative Conflict Studies provided me with the incredible opportunity to learn firsthand about the dissolution of the Former Yugoslavia through a variety of different approaches, and in a city so pertinent to it. The varying backgrounds of the students led to interesting discussions, challenges on old perspectives, and the acquisition of new ones.Cynthia Bernstein, (Columbia University, USA)
It wouldn’t be an exaggeration to say that this summer school changed my life. The topic I chose (the break-up of Yugoslavia) was of great interest for me before, as many others were…Mariana Mendes (Institut d'Études Politiques de Paris, France)
The Summer School was a great experience for me. It gave me the opportunity to be in the heart of the Balkans, study the case of Yugoslavia, and talk with local people about the past, the present and the future. All this really helps me better understand the Conflicts in the Balkans. I think this course is suitable not only for students but also for researchers who are working on the subject. This was an incredible experience and I am sure that I will be back to Serbia again.Artak Mkrtichyan (Universidade da Coruna, Spain)
The experience of participating in the Summer School was for me a unique one. I didn't know what to expect going into it, and I didn't know anyone, but I thought as a student of Conflict Resolution, to learn about a particular conflict, in that country, was a valuable one. It was especially unique for me, because I was quickly branded as the "American" which is a rarity in Belgrade.Jason Miller (Institute for Conflict Analysis and Resolution (ICAR), George Mason University)
I found the "Managing Violent Pasts: The Case of Northern Ireland" course to be very thought-provoking, inspiring and motivating for my own work AND life in a post-conflict society. The lessons that were drawn from the Northern Ireland experience should be considered in our own society in case we want to break out of the cycle of violence.Nenad Porobic (Center for Non Violent Action, Belgrade, Serbia)
What I valued most from the experience at the CFCCS Summer School was the experience afforded to me by meeting other people from post-conflict societies.Lauren Allison (University of St Andrews, Scotland)