CAUSES AND CONSEQUENCES OF CONFLICT AND INTERVENTION: WILL LESSONS EVER BE LEARNED?

In studying conflicts, we see quickly that no matter their particularities and specificities, there are common themes and threads, why then do they continue not only to arise but to carry on for so many years? For many, the answer lies in the nature of the international system and its fundamental organising principle, that of state sovereignty, whereby states are considered to have authority over a defined and internationally recognised territory, protected from external intervening forces. As with so many rights and principles, it was never intended that sovereignty be unconstrained. In 2005, in reaffirmation of this idea of “constrained sovereignty” but also as a response to successive, sometimes illegitimate and/or illegal interventions into the sovereign affairs of states, the United Nations General Assembly adopted the principle of the Responsibility to Protect (R2P).

R2P has since been widely debated by reason of the emphasis it places on achieving justice for people, placing obligations on states to protect the wellbeing of their citizens and to face the possibility of a military intervention when they fail to do so. However, less than 15 years after R2P, circumstances are suggestive of a limited and certainly wavering commitment to the principle of rights protection as the larger and longer scale consequences of intervention have been revealed.

In this course, students will be introduced to the underpinning concepts and competing understandings of (non-)intervention in situations of conflict. Students will learn to identify and deliver a critical analysis of those factors that shape conflict and international, regional and national responses to it. Emphasis is placed on the application of concepts and theories to real-life scenarios, examining a combination of historical and ongoing cases that offer insights for us as analysts.

Throughout the course, students will be asked to consider the origins of conflict as well as the conditions under and means through which it can be ended. By examining at least four different cases, the course aims to help students understand the arguments for and against a military intervention, the debate about who should undertake such an intervention and the authority and legitimacy under which it should be done. Four core themes in the study of Intervention will therefore sit at the heart of our studies: Sovereignty, Legitimacy, Legality, Human Rights. The case studies will comprise: Uganda-Tanzania War 1978-79; the former Yugoslavia 1991-99; Darfur 2003-?; Syria: 2011-? 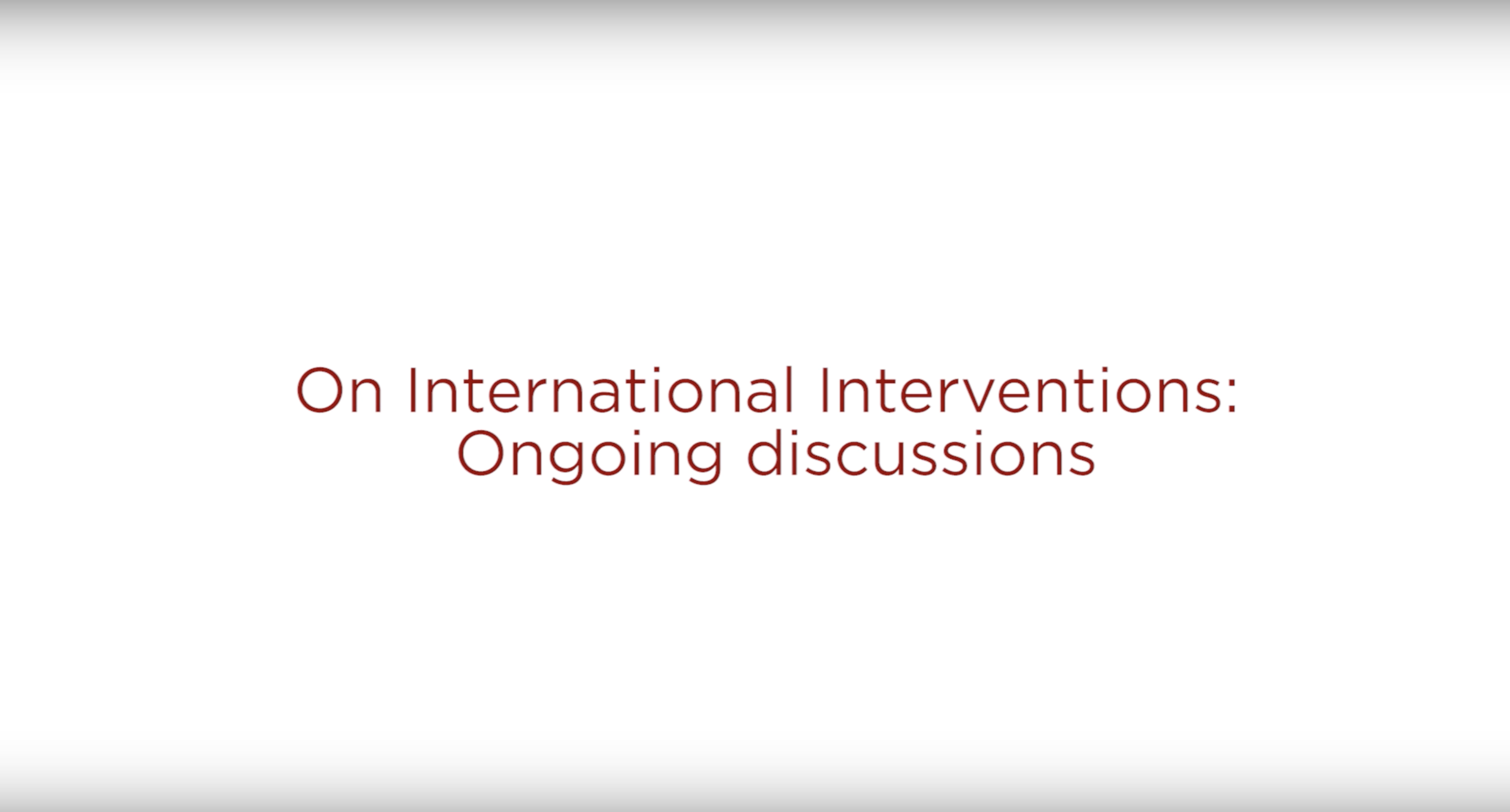 Maxine is currently working with Dr Tatiana Romanova as co-editor and contributor to: Handbook on EU-Russian Relations: Structures, Actors, Issues, to be published by Routledge in 2019. Previous works include ‘Learning in and from International Relations’ in Political. ‘Russia’s Challenge to US Hegemony and the Implications for Europe’, in Global Cooperation or Conflict? Emerging Powers and the Future of American Hegemony. Open access online publications include: ‘Eclipsed by Russia: Trump’s First 100 Days’ in Critical Studies on Security; ‘Transitional Times. Russian Agency and International Intervention’, in Comillas Journal of International Relations. Further information can be found at: www.universiteitleiden.nl/en/staffmembers/maxine-david/publications

Maxine has an extensive teaching portfolio, incorporating courses related to: the EU, its policies and relations with others; International Relations theory; and International Intervention. She is currently Leiden’s Academic Coordinator for its joint, two year MA programme, European Politics and Society. She has been one of the course convenors for the CFCCS Summer School for eight of the nine years it has been running and, as in all her teaching, employs an experiential, student-centred approach to learning there, making room for all students to have their voices heard. Thus, students can expect to be encouraged to engage actively in the course and to reflect on their experiences there, especially in relation to listening to their peer’s experiences with conflict and its aftermath. As ever in Maxine’s classes, students will be stimulated to think and conceptualise in a critical fashion, to challenge their own preconceptions and opinions and to challenge others on theirs.