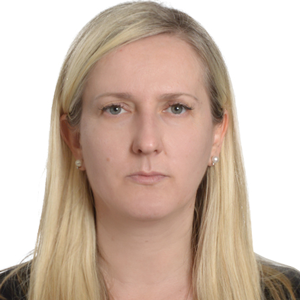 Sandina Bošnjak is currently an MA candidate at ERMA - the Human  Rights and Democracy in South-East Europe Program at the Center for Interdisciplinary Postgraduate Studies (CIPS) of the University of Sarajevo and University of Bologna.  Prior to starting her postgraduate studies in human rights and democracy, she worked in the civil society sector in Bosnia and Herzegovina focusing on government fiscal transparency and advocating for enhanced accountability of the BiH government. In the past, she had also worked at an EC-funded agency that specialized in reforming tax and customs administration in BiH while aligning its legislation and procedures with the European Union acquis. Her work experience includes working for a number of NGOs as well as the UN Office for Project Services.

Sandina holds a bachelor’s degree in political science from the University of Sarajevo, and her interests, in addition to good governance, include political philosophy, human rights and identity and nationalism studies. 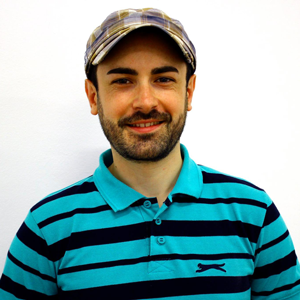 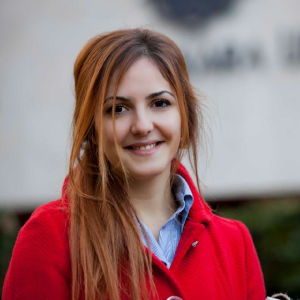 Adelina Hasani was born in 1991 in Kosovo. She graduated from Ankara University in 2014, department of International Relations. Currently she is an MA student in European Regional Master’s degree in Democracy and Human Rights (ERMA). Her main fields of interest are gender studies and role of the gender in armed conflict. 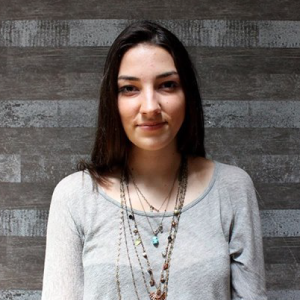 Soraja Zagić is an MA candidate in the “Human Rights and Democracy in South-East Europe” program at the Center for Interdisciplinary Postgraduate Studies (CIPS) of the University of Sarajevo and University of Bologna. She graduated from the Sarajevo School of Science and Technology and University of Buckingham in 2012 and holds a BA in Political Science and International Relations with a minor in International Law. She worked for a number of organizations including: Youth Information Agency (OIA), Sarajevo Film Festival, European Students’ Forum, Cinema for Peace Foundation and Humanity in Action office in Sarajevo. In 2013, she was a fellow at the Humanity in Action Fellowship program in Copenhagen, Denmark.

Ilčo Cvetanoski is born in Tetovo, Macedonia. He is MA candidate on “Human Rights and Democracy in South-East Europe” program at Center for Interdisciplinary Postgraduate Studies of the University of Sarajevo and University of Bologna.

He has journalistic background. In 2005 graduated from Faculty of Law, University “Ss. Cyril and Methodius”, Skopje and received B.A. in Journalism. From August 2010 to May 2011 he was visiting journalist at Bradley University in Peoria, Illinois, USA as Voice of America and International Broadcasting Bureau fellow.

Before enrolling on Human Rights program in Sarajevo he served as Journalist and Reporter in TV, newspaper and news agency in Macedonia. He worked for nine years as correspondent from Tetovo and Gostivar for state news agency MIA, daily newspaper Dnevnik and national TV Kanal 5. His main tasks were collecting information's, writing human-life stories, interviews and in-depth analysis. He writes for many different topics such as politics, culture, local government, multiethnic relations and sports.

“My experience in several medias gave me opportunity to understand how different types of medias function and to have clearer picture about different media platforms and how they function.”