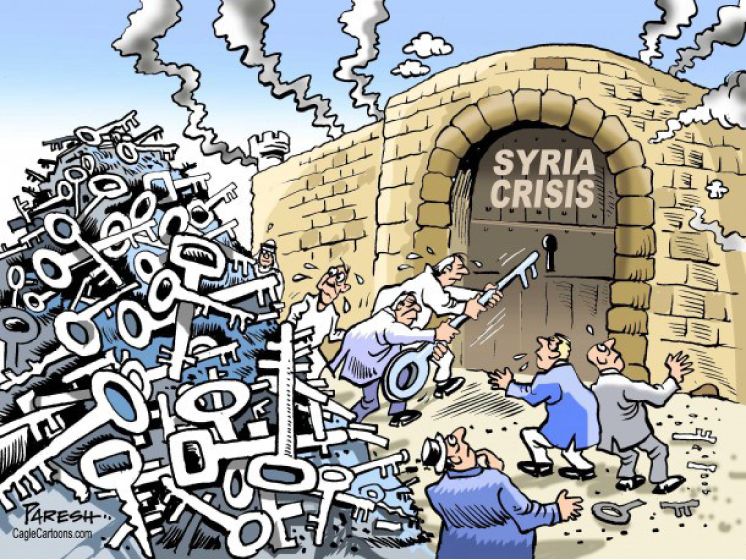 http://postsfromthepath.com/inspiration-and-philosophy/remembering-civil-liberties.html About: Remembering Civil Liberties : an interactive public art installation Chain link fence surrounds the flagpole to bring attention to the interconnected issues of civil liberties, segregation and mass incarceration, past and present. It’s presented by the Euphrates Museum of Art, The California History Center, the Equality Action Council, and the President’s office and it’s on the campus of my kid’s School in Cupertino Califonia.

I attended the course The Challenge of International Intervention: Balancing Justice and Order. The lectures made me think and look at things from another perspective. I am studying international law, so I was always looking at these interventions from a legal perspective.

I needed to understand the political aspects of the decision –making process about when to intervene, how to intervene, who has to intervene and under whose authority.  Attending this course made me realize that nothing is black or white, that there always are some tensions between legality and legitimacy and that no one is blameless in a conflict.

One of the most  interesting case studies, for me, as a law student, was the Kosovo crisis of 1998 - 1999. The NATO intervention in Kosovo (1999) was one of the most recent of a series of illegal interventions for which plausible moral justifications could be given (others include for example India’s intervention in East Pakistan in 1971 and also Tanzania’s in Uganda in 1979). NATO’s intervention in Kosovo and the debate about its justifiability made me think about the deficiency of existing international law concerning international intervention and about this unacceptable gap between what international law allows and what morality requires. The real struggle here for me was to put aside my emotions and look at this issue as objectively as I possibly could.

Another interesting concept that I encountered is the responsibility to protect or R2P. How is R2P different from international intervention? Although they share the conviction that sovereignty is not absolute, the R2P doctrine embraces the point of view of the victim and rejects the notion of the “right” to intervene. The R2P imposes a permanent duty on states (and this duty is a function of sovereignty) to protect individuals from atrocities. Should a state fail to exercise their sovereignty in this way the responsibility falls to the rest of the international community.  The R2P has four triggers – genocide, war crimes, crimes against humanity and ethnic cleansing and it entails three types of responsibilities – to prevent, to protect and to rebuild. I believe that the responsibility to protect is an attempt to ensure that the international community never again fails to prevent an atrocity as was the case in Rwanda. In my opinion, it still holds the status as a political concept, not a legal one which would create corresponding legal duties. Unfortunately, the highly selective application of R2P and the decision not to invoke it in cases like Darfur and Syria ultimately discredits its utility.

In September 1999 UN Secretary-General Kofi Annan made the issue of intervention the centerpiece of his address to the UN General Assembly. He talked about the burdensome situations when the UN Charter’s rules regarding the lawful use of force are in tension with human rights imperatives (as in the case of Kosovo). Military interventions without the authorization of the Security Council undermine its authority and could set dangerous precedents, eroding the legal framework governing the use of force. At the same time, when the Council is unable to rise to the occasion and agree on effective action to protect human rights, should we all just close our eyes in the face of such atrocities  and pretend that nothing is happening?

So where are we now? The dilemma Kofi Annan posed in 1999 has not yet been solved and his warnings still ring true.  On one hand, the principles of sovereignty and non-intervention form a crucial part of the UN Charter’s collective security structure and are protecting us from sliding back to a renewed era of interstate conflict. Yet, the arguments in favor of the responsibility to protect have a large amount of moral legitimacy to them. Today, the debate about international intervention is part of a broader struggle to comprehend what the principle of sovereignty could possibly mean in this globalized world.

Participant of the course: The Challenge of International Intervention: Balancing Justice and Order
Recepient of the 2015 European Fund for the Balkans EFB Scholarship