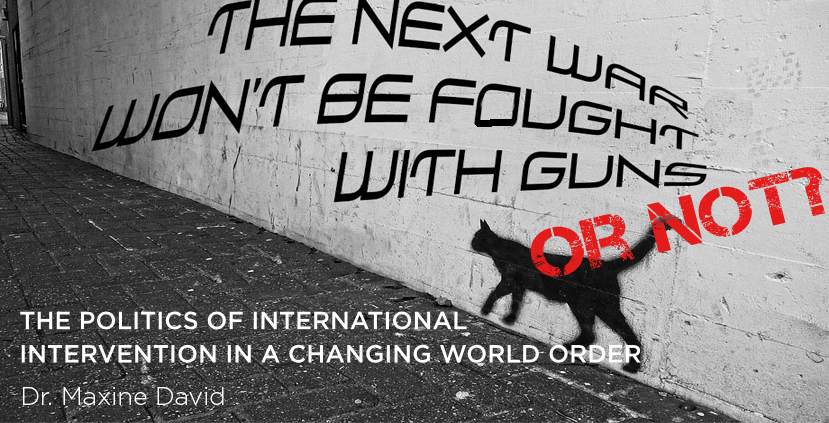 The Politics of International Intervention in a Changing World Order

December 2021 saw the thirty-year anniversary of the collapse of the USSR and with it the end of the Cold War. Events throughout most of the twenty-first century, however, have given rise to debates about whether we are witnessing a new Cold War and therefore a resurrection of old divisions. At the same time, arguments are made about the end of the American Century and the rise of China, with attention in the last 10 years or so pivoting eastwards to the Indo-Pacific region. Despite continued wars in the Middle East, reinforcing the sense of the resurrection of old divisions between East and West, it is the Indo-Pacific region that has been widely considered to be the place in which a major international confrontation would take place.  Instead, 2021 ended and 2022 began with eyes focused on eastern Europe following Russia’s increased military build-up on Ukraine’s borders.

In early February 2022, Russia and the US confronted each other at the United Nations Security Council, each charging the other with provoking war. On February 24th Russia launched a further (after Crimea in 2014) invasion of Ukraine. Before then, commentary had ranged from the need to defend Ukraine’s sovereignty militarily to arguments that counselled diplomacy, even appeasement, references made to World War II, partition and spheres of influence. Commentators invoked memories of post-war Berlin, Hungary in 1956, Czechoslovakia in 1968 and further afield to Cuba and the missile crisis. Thus, just a few short years since we commemorated the centenary of the end of the First World War, Europe - even the world - is again looking distinctly dangerous.

This course invites students to study conflict and the available means for avoiding or resolving it. In this current new world order and attendant uncertainties, the course will equip students with the analytical IR frameworks to address and map conflicts in the twenty-first century, with a clear focus on understanding the scope and scale of international interventions past, present and potential.

This empirical mapping will be followed by an exploration of those key concepts that are necessary to understand why conflict occurs, state and international organisations’ responsibilities in respect of it and the ways and means in which interventions occur. Students will then be asked to align understandings in respect of these discussions with IR theorising, offering possible explanations for differing views on what constitutes an effective intervention.  In the final part of the course, students will select case studies to explore and critically analyse the politics of international intervention in order to understand where we are today and how we got here.

The Empirics of Intervention

To be determined according to students’ interests but must include one from each of the following decades: 1990s, 2000s, 2010s, 2020s. (Possible cases include but are not limited to, Iraq, Bosnia, Rwanda, Somalia, Afghanistan, Darfur, Mali, Libya, Syria, Ukraine.)

Dr. Maxine David has a PhD in International Relations from the University of Surrey, UK and is a Lecturer in the Institute for History, Faculty of Humanities at Leiden University. She is a Foreign Policy analyst, specialising in the EU-Russia and Russia-US foreign policy relationships.