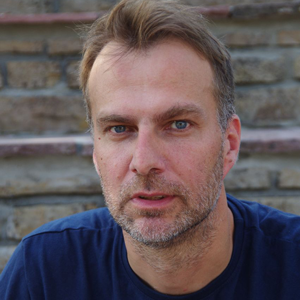 Dr. Nicolas Moll holds a Ph.D. in Contemporary History from the University of Freiburg (Germany), and is living in Sarajevo, Bosnia and Herzegovina, since 2007. He is currently working as independent historian and as free-lance trainer in the fields of dealing with the past, combining research on the one hand and practical work on the ground on the other. He is especially interested in post-war memorialization and reconciliation processes in South Eastern Europe after the 1990s and in Western Europe after 1945. He is coordinator of „Memory Lab – Trans-European Exchange Platform on History and Remembrance,“ and member of the governing board of the CES “Research Network on Transnational Memory and Identity in Europe”.

His recent publications include: “ ‘When A Man Does Good…’: Representations of Help and Rescue in Movies about the 1992-1995 War in Bosnia and Herzegovina” (DIOGEN pro culture magazine, 2015); “Sarajevska najpoznatija javna tajna”: Suočavanje sa Cacom, Kazanima i zločinima počinjenim nad Srbima u opkoljenom Sarajevu, od rata do 2015/ “Sarajevo’s Most Known Public Secret”: Dealing with Caco, Kazani and Crimes Committed against Serbs in Besieged Sarajevo, from the War until 2015 (Friedrich Ebert Foundation BiH, 2015); “An Integrative Symbol for a Divided Country? Commemorating the 1984 Sarajevo Winter Olympics in Bosnia and Herzegovina from the 1992-1995 War until Today” (Politička misao, 51 2015); “Fragmented memories in a fragmented country: Memory Competition and Political Identity-Building in Today’s Bosnia and Herzegovina” (Nationalities Papers 41/6, 2013).