In 2009, on the 20th anniversary of the fall of the Berlin wall, Ivan Čolović (a renewed Anthropologist from Serbia) edited a book of articles “Zid je mrtav, živeli zidovi!” (The Wall is Dead, Long Live the Walls!). Six years later not him as the editor, nor the contributors of the text didn’t know that another wall is going to be eracted in free Europe. Bureaucratized European Union strengthened with nationalistic passion of some member states allowsthis creation of new divisions as the dominant discourses in Europe today became full of essentialism and fear from the Other.

A specter is haunting Europe, the specter of immigrants. From 2015, anything related with the word Migration won’t be the same. So, let’s go back to the walls. We have the opportunity to witness the most diverse ones: Between India and Pakistan, India and Bangladesh, Georgia and South Ossetia, Israel and the Gaza Strip, Israel and the West Bank, Gaza Strip and Egypt, North and South Korea, USA and Mexico, Spain and Morocco, Belfast (Ireland), those are all modern walls. Most of them were built after the fall of the Great Berlin Wall. In one study Élisabeth Vallet & Charles-Philippe David (2007) suggest in a quantitative analysis suggests that walls are, indeed, a global phenomenon that merits further attention (see Figure 1). 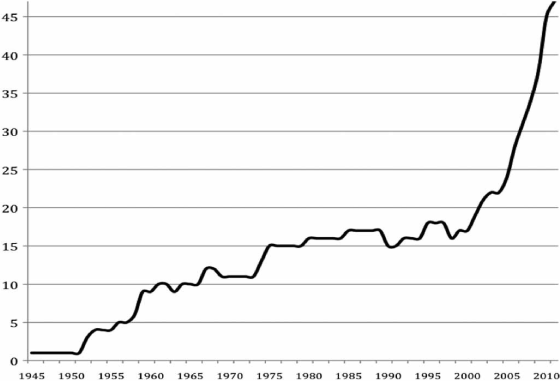 Figure 1. More Walls in a Globalizing International System (1945–2010). Data Compiled by the Authors.

And if we would be ironic, we could say that those are the walls of progress.

I spent the last eight days in Belgrade, at the CFCCS Summer School of Comparative Conflict Studies, In the course on the Orientalism, Balkanism and Occidentalism, led by Dr. Jelena Tosic. We talked about the complete Other, incomplete Other, failed Other and all kinds of Othering. We dealt with the analysis of discourse, stereotypes, attempting to deconstruct all those things that people won’t talk about. That is where this story on the walls started.

And that is how we have become witnesses of the time in which the walls started to be metamorphic authorities and witnesses of our lives. A moment when people do not testify the walls (but close their eyes and ears in front of them), but the walls testify the people (as the most important actors) risk society is awaken again. So the question could also be whether Greece will be surrounded by walls any time soon. In Belgrade,where the Summer school was held, the area near the faculty is recognized as one of the most important areas in the city that may also be fenced with walls in the near future. Today, in this area we see a large number of migrants who are on their way to a fenced Europe.

The Summer school has gathered more than sixty students from around the world, speakers, lecturers and guests, and then tore down the walls between us. That’s how we became closer, by sharing experiences and knowledge. That is whenthe image of the Berlin Wall came up in my mind. Just before demolition the Berlin wall it was painted in graffiti, but most of the messages were messages of peace. I thought about what would be the first graffiti painted on the 175 kilometers long of the Hungarian wall? How long would the sentences be? What quotes from which authors will be there?Would there be any picture?

I thought about it and hoped that someone will come up with something really good!

Participant of the course: Orientalism, Balkanism, Occidentalism: Thinking through discourses of Othering and Conflict
Recepient of the 2015 European Fund for the Balkans EFB Scholarship